In October 2017, 8 of us were privileged to dive and explore the wonders of Truk Lagoon in Micronesia. Situated in Chuuk one of the largest of the chain of Atolls that make up Micronesia, Truk Lagoon is the resting place of many Japanese naval vessels from Operation Hailstone in 1944. This is often called the Japanese Pearl Harbor as over 40 ships and 250 planes were destroyed in the 3 day assault.

On arrival into Chuuk after a long journey we stayed in the L5 hotel on the island which was all we needed for the evening as we were exhausted and meeting the boat the next day. Some of us went exploring the Japanese gun emplacements on the island that are still in place from the war whilst other of us started to get used to a diet of Spam. The next day we started our adventure boarding the beautiful Truk Master that was to be our home for the next 10 nights. After an extensive briefing and meeting the crew we set our gear up for the next days early start. 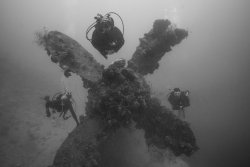 Our first dive was on the Kensho Maru, and we were all blown away by the sheer size and condition of these 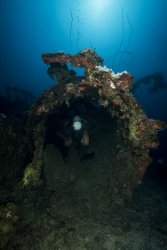 vessels. The word "Maru" means merchant vessel and there are many of these that the Imperial Japanese Navy called into service during the war to help supply the navy. They armed them with large anti-aircraft guns that are almost all intact. Many of the wrecks were supply ships and full at the time of sinking, that meant we were able to see lots of the cargo from 30 x Submarine Periscopes on the Heian Maru, 3 tanks, trucks and cars on the San Francisco Maru, and lots of ammunition and saki on all the ships. One of my personal highlights was the Japanese Zero Planes in the hold of the Fujikawa Maru.

The diving was not challenging in terms of current, and we had fantastic visibility however we were diving deep. My average depth for the trip between 34 dives was 95ft, with a maximum depth of 185ft. For this reason Truk is definitely for the more experienced diver. The boat is well equipped for diving beyond recreational limits with a nice hang bar and hang tanks for extended decompression.

Truk was an incredible experience that our group were able to make the most of with the Truk Master boat. I have a good feeling we will be going back one day with another group to explore more of the lagoon. A full gallery of images can be seen at Pauls Truk Lagoon album 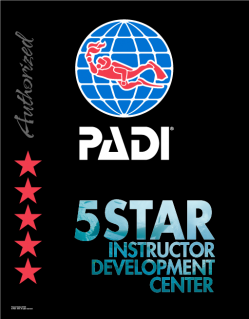